How Houston’s Housing Market Is Being Affected By Hurricane Harvey 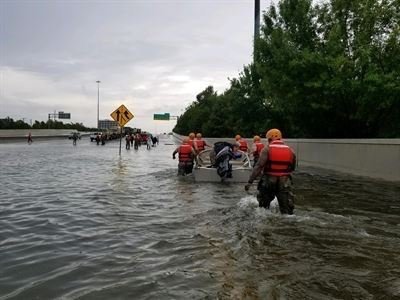 Prior to Hurricane Harvey hitting Houston, many residents enjoyed a great deal of access to affordable housing. The city’s metropolitan area actually covers 8,000 square miles, which makes it larger than the entire state of New Jersey, and the population grew nearly 10% between April 2010 and July 2016 according to data from the Census. Now, thanks to the storm, middle-income families and poor people alike find themselves in competition for shelter.

Still, there isn’t much that’s known in a market that’s been essentially jumbled by a storm such as Harvey, which ended up flooding around 113,843 homes that are worth around $29 billion. This equates to approximately 6.7% of the local housing market and also may have potentially affected around 14.2% of the total housing stock.

Camden Living, one of Houston’s largest apartment housing developers, generally leases around 70 apartments every week; however, within four days since the storm, they leased about 300. Their company also turned off their dynamic pricing system, which is designed to respond to demand increases by boosting rent. This will freeze the cost of renewals and new leases for the month of September, and the company says that other similar companies are taking the same steps.

While these types of steps are being taken, those who have cash available may find that relocation may be the easiest method to take advantage of. Harris County Already has a rather large divide between rich and poor residents, and disasters such as Hurricane Harvey can make that divide even worse. Rents can increase, which end up pushing workers who are poor away from areas that are more job-rich.

To read more about housing prices in Houston, click here.